Excuse my dust! I'm in the process of re-designing this site. You may experience some turbulence along the way.

Unfortunately, the last time I did that out loud was in 2014. I’ve been pretty quiet about my goals and general life updates since then and it’s certainly not for lack of things to write about.

So, I’m giving this whole reflection thing the ol’ college go once again.

One of the more underwhelming but personally significant things I’ve done in the past year is compile monthly lists of the most interesting things things I’ve read on the internet. These reading lists may or may not be helpful to anyone outside of myself, though it would be great if even one other person discovers just one interesting link from the batch.

What I get from doing these is motivation to read, stay updated on my craft, and keep this blog at least a little active.

I Took a New Role at Modern Tribe

The year kicked off with a significant role change at Modern Tribe, a client I’ve contracted with since 2014. I had been managing the support team for The Events Calendar. While that was a rad challenge and extremely rewarding, I’ve always hoped to put my design and development skillset to use for the team.

That opportunity came and I formally accepted a contract position to lead the launch of a new SaaS product that we’re hoping to release early 2018. But more on that in just a bit.

Being a product manager doesn’t mean that I’m designing or developing, but it does mean that I get to use those skills in a strategic way. I’m wireframing, prototyping, writing functional requirements, planning releases and generally being a product manager. Funny enough, it feels a lot more like what I’ve traditionally done with clients outside of Modern Tribe, but without being as deep in the weeds. I’ve been enjoying this new role and am so thankful that Modern Tribe decided to stick with me and double-down on our relationship when it would have been just as easy to cast me off.

The big new project I’m working on for Modern Tribe is a new calendar app that we plan to roll out on a paid subscription. Modern Tribe’s bread and butter (aside from its agency work on super mega web projects) has been The Events Calendar, which is a popular WordPress plugin that does exactly what you might think: add a calendar to a WordPress site that can publish events.

Customers have long asked for a way to make The Events Calendar compatible with other content managements systems besides WordPress and that’s the project I’m leading.

We’re building a hosted platform that allows users to publish events to an online calendar and embed the calendar on just about any website, whether that’s Squarespace, Wix, Weebly, Drupal, Joomla…you get the idea.

I’m extremely proud of the work we’ve done so far in such a short amount of time and I can’t wait to get it out to the public. It’s by far the most ambitious project I’ve worked on since becoming a freelancer. It’s been challenging, frustrating, rewarding and fun all at once and I’m becoming a better designer, developer and manager because of it.

Starting in January, I’ll be an editor for CSS-Tricks. I’ve been a staff writer there since 2015 and this new role doesn’t change things a whole lot. The biggest difference is that I’ll be reading every article we put out and own the finger that presses the scary Publish button. We’ve become a lot more intentional with a publishing schedule in the past year and, even though I can only see a couple weeks out at a time right now, I can say that there’s great content in the works and I’m stoked to be a part of it. I’ve been reading CSS-Tricks since 2007 and I still constantly have to pinch myself that I get to contribute to it.

I Opened Up About My Depression

Getting to the more personal side of things, I decided to come clean about my long-running battle with chronic depression. I’ve been hiding it as a highly functional and often smiling person for many, many years and finally decided it was too exhausting to keep up the act. You can read the post to get the gory details, but suffice to say that 2017 was a deeply challenging year for me emotionally and I’m doing everything I can to beat the hell out of this thing.

My previous record was set in 2011 when I ran 402 miles. I never thought I would top that, but then came 2017 which blew that right out of the water. Running has become a key part of my emotional therapy (see previous section) and something I’ve grown to love.

While that’s all great and dandy, I need to learn how to properly diet as an avid runner. I’ve never owned a stocky figure and yet I still somehow managed to lose 15 pounds in the past year. I’m not sure where it came from or whether it’s all that healthy, so I’ve got to keep an eye on that.

I Watched My Kids Grow

I saved the best reflection for last. My two girls are literally the greatest joy of my life. Watching them grow up physically, emotionally and creatively has never made me feel prouder—and older. Harper is now a thriving five year-old whom I’ve had to accept is no longer a baby girl. She’s wildly intelligent, deviantly crafty, and a deeply sensitive soul who loves with all her heart.

Alice started walking a mere two month ago and took to it like fire to dry grass. Her personality is still coming out in small spurts, but it’s becoming apparent that she is much more opinionated and independent than Harper was at this age. At the same time, she adores her sister to the extent that she clearly seeks out her attention and craves her approval. She has been learning sign language, is now sleeping in the same room as Harper, and greets me when I walk in the door with as big a hug as a 15 month-old can possibly muster. 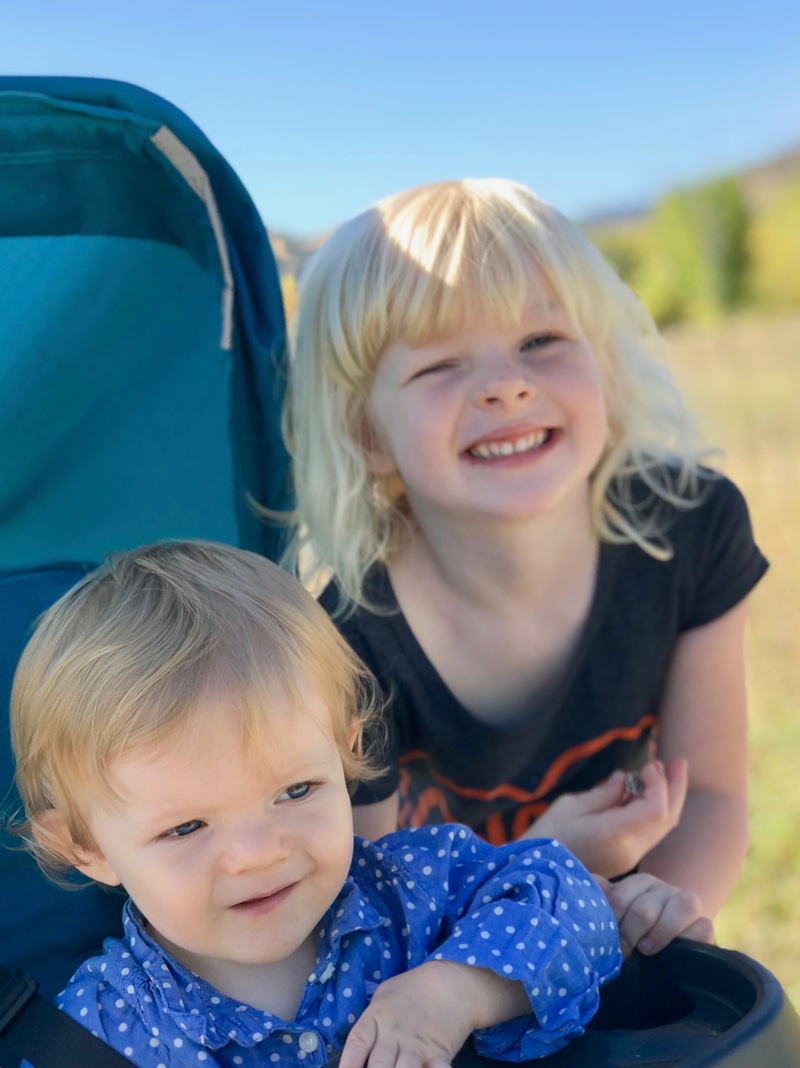 My favorite moments are watching the two of them together. Sure, they have a tough time sharing toys from time-to-time, but they love playing together. I think I’m witnessing the early foundation of a life-long bond between two sisters and it’s incredibly awesome.

Well, that’s probably more than you wanted to know from one guy summarizing stuff that’s already happened. I sincerely hope anyone and everyone reading this can look forward to a happy and healthy year ahead. Peace to you, friends.